A massive thank you to all my supporters in the UK and Canada who helped Dragon Choir reach dizzying heights and made me an Amazon Bestseller!

With your support I also broke the top ten overall!

With all of your help Dragon Choir even cracked the top #100 in the USA, the toughest market of all!

I am so very thankful to have such a great response to my promotions for Dragon Choir. Still buzzing with the excitement of the past week riding the charts so high.

Thanks Amazon and thanks to my fabulous fans of fantasy!

The mind behind Imperius Designs is Vlad Petrescu , a graphic designer from Bucharest,Romania. He has been working in graphic design for ten years and connects with his clients through Graphic River and 99designs. While creating concepts for the cover of Dragon Choir, Vlad was original, creative and adaptable.

Vlad has a talent for creating  minimalist, retro, abstract and modern themes. He cracks out posters, flyers, book covers, facebook & twitter banners and themes, product packaging, business cards and logos. See what I mean by adaptable! Check out some of his samples below.

Get him to whip something up for you.

Buy from his portfolio at GraphicRiver.com

Lance Buckley of Envelup Design is the man behind Dragon Choir’s new cover.

Lance has been working closely with the cinematic rock band, Starset, who perform a theatrical fusion of dystopian sci-fi and rock! 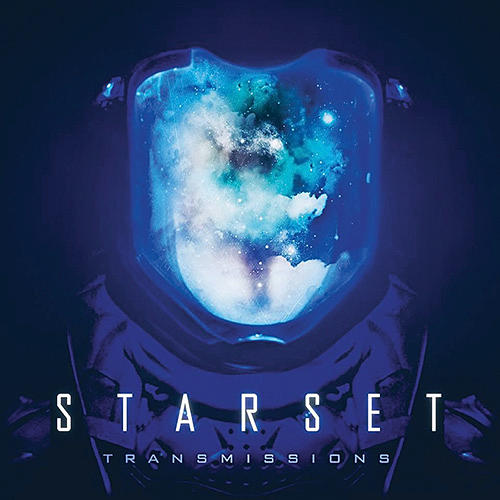 Find something good in Kindle Unlimited Fantasy and Science Fiction

Have you been having trouble finding something decent to read on your Kindle?

Check out Unlimited Book Reviews for succinct advice on what books rock and what books do not. I was absolutely chuffed to have Dragon Choir reviewed and ranked in the “Best” category for books to read. Click here for the review and have a look at the great selection of books. It will save you trawling through the not so good Fantasy and Sci-fi on offer.

Get your hands on the real thing. Available now at Amazon.com and Amazon.co.uk (Plus every other Amazon)

Here it is (as promised) in time for Christmas.
Santa was whispering in my ear, though I’d have preferred Mrs Claus—less whiskers and no halitosis. Anyway, I’ve added an option to bundle a free digital copy with every paperback order, so you can enjoy the story any way you like.

(For those stuck in the faraway land of Australia looking for a cheap shipping option – Book Depository will have it for sale in 6-8 weeks). Santa is in a legal dispute with the current government over having to tighten his belt and power down his renewable Christmas cheer.

Maps are a special kind of art. Their beauty is often passed over for their function, but every map possesses a rare kind of potential, something magical.

You must think I’m just a typical fantasy writer, banging on about magic again. Well that might be part of it, but let me explain the rest.

Ever since I was a kid, looking at a map would send jingling bells up my spine. From mud maps on a scrap of paper to detailed foldouts in National Geographic, I couldn’t resist them. My desk drawer was stuffed with piles of hand-sketched maps, documenting secret hideouts, traps and treasure. I even had a map of my hometown sticky-taped to my wall with annotations showing the locations of my friends’ houses.

My favourite fantasy books all began with a map and followed with a story that delivered the promise hidden in the landscape. Dungeons and Dragons lured me in to play the magic upon the map, and with the digital age came an evolving boon of sci-fi and fantasy computer games. Even today, at the bleeding edge of gaming, the most immersive and well-loved games revolve around a map. The map is our foundation; it is the lynchpin that connects us to the magic of possibility.

No matter how large or detailed the map, I examine the edges and wonder what exists outside its jurisdiction. Maps trigger a mental stretching that teases out the possible from the known. There is always more to a map than what you see; change the scale, change the perspective, and change your world.

I contend that maps are a link to our deepest psychological urges of curiosity and territory. They are an embodiment of demarcation, inherently political in how they are depicted and interpreted. Once our primal drive involved patrolling the clan patch and scent marking trees as we went (I know some people who still do), wondering what lay on the other side of a river or ravine. We evolved from sticks drawing lines in the sand, to quill and ink, charting ever further across oceans to exotic lands, always pushing the boundaries of existing maps (often to the detriment of those in discovered territories). Today the great unknowns of nautical and geographic exploration expand further still with astronomical pioneers.

The humble map is the device that mentally transports us and inserts us in a physical terrain tinted with cultural heritage, lined with political borders and soaked in context. Maps weave a world and compress it into an image.

That, for me, is something magical.

For my debut novel, Dragon Choir, I wanted to create a map that spoke with the politics of the fictional mapmaker. My map establishes the bigoted perspective of a colonising power. Maps throughout history have been tools of propaganda, yet I have noticed that the majority of maps for fantasy fiction are devoid of political or cultural imprints. Fantasy maps can add extra punch to a narrative if they have a contextual point of view. Why be politically neutral if the plot of your book is politically contentious? Political borders are as fluid as the opinion of the powers that commission the maps.

Below is the map I created using ProFantasy software, Campaign Cartographer 3 (CC3). Why did I use this software? The simple answer is that it is the best mapmaking software on the market. The ProFantasy website and community is jam full of support and ideas. The CAD software is powerful and upgradable, allowing an amateur cartographer like me to produce a professional looking map like this.

I sometimes use affiliate links on my site. If you buy something via one of those links I may receive a small commission, which helps keep my website alive.

Thanks for dropping by!